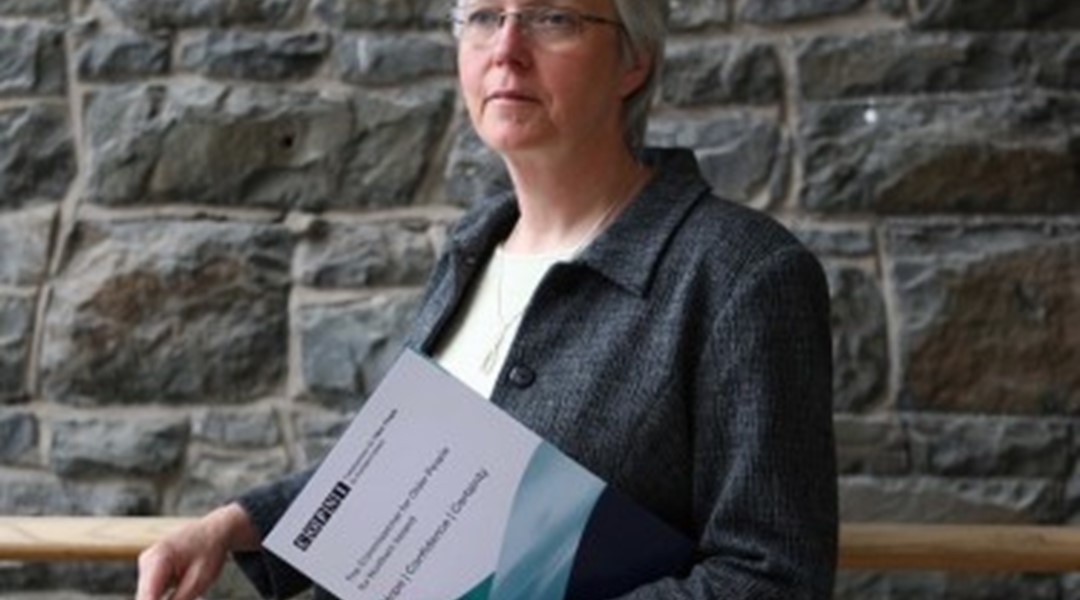 Claire Keatinge, The Commissioner for Older People for Northern Ireland, today launched a Corporate Plan which aims to tackle some of the most significant issues affecting older people living in Northern Ireland.

Entitled "Hope, Confidence, Certainty," the document sets out several key areas of focus that the Commissioner and her office will prioritise over the next two years.

It follows an extensive period of direct engagement and consultation with older people, organisations that work with them, and other stakeholder groups. Views expressed have helped the Commissioner to formulate her plans based on the issues raised that matter most to older people.

Actions resulting from "Hope, Confidence, Certainty" will include:

• A commitment to advise, challenge and support Government on the development and delivery of the Active Ageing Strategy and proposed anti- discrimination legislation (Age-Goods, Facilities and Services).

• An examination of domiciliary care standards and the current inspection regime.

• The introduction of a practical guide for older people and practitioners about the law on protection and abuse.

• Making recommendations to the Government on improving the uptake of assessments by older carers.

Promoting Positive Ageing
A cornerstone of the plan is to promote positive attitudes towards and about older people, and the Commissioner has undertaken to conduct and publish research that highlights the positive contribution older people make to life in Northern Ireland.

She will also lead a debate among employers and older people aimed at establishing the positive value older people can make through continuing employment and about what is needed to increase support for an ageing workforce to find and remain in work.

"I am delighted to announce the publication of 'Hope, Confidence, Certainty', the Corporate Plan for the Commissioner for Older People for Northern Ireland. This document sets out in clear steps the work that my office will undertake over the next two years, work that is based on addressing real issues that older people and organisations that work with them have told me are so important.
In carrying this out I will maintain the clear independence necessary for me to review, scrutinise, investigate and challenge the work of public bodies in Northern Ireland as it affects the lives of older people.
Above all, I will promote positive attitudes towards older people, challenge discrimination, and safeguard and protect their interests."

Commenting on the launch of the Corporate Plan, Duane Farrell, Age NI Director of Policy, said:

"'Age NI welcomes the publication of this new plan. It is an important step forward in the delivery of change for older people in Northern Ireland by the Office of the Commissioner. We look forward to this plan translating into real impacts which promote the rights of people in later life, and transform their lives for the better."

Claire Keatinge, the Commissioner for Older People for Northern Ireland launches “Hope, Confidence, Certainty.”  Welcoming the launch of the new plan are Faith Gibson and her husband Norman Gibson.

The launch of "Hope, Confidence, Certainty, was also welcomed by Anne Downs, Director of Business Services, GEMS NI who said:

"The GEMS NI KESTREL programme fully supports the publication of this Corporate Plan which sets out the way forward for COPNI to address issues for our older citizens in a very clear manner. We particularly endorse the aims regarding further debate with employers as we are collectively guilty of under-valuing what the older population can contribute to our economy in terms of skills, knowledge and experience. We believe that the work undertaken by the Commissioner will indeed promote positive change and address age discrimination for all older people in Northern Ireland."