Commissioner calls for law to protect older people from abuse 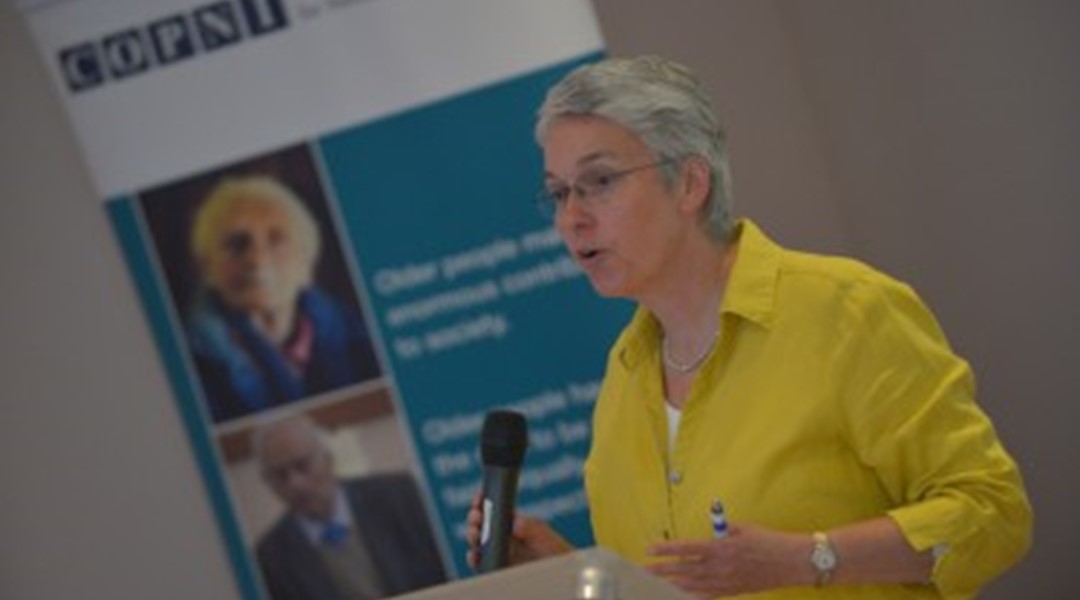 The call follows a report by the Commissioner entitled "Protecting our Older People – A call for Adult Safeguarding Legislation," which reviewed current legislation and practice in Northern Ireland in relation to abuse of older people and found that referrals of alleged abuse against older people have increased by 76.3% from 2011-2012 to 2013-14. It also highlighted that Northern Ireland is the only part of the UK which does not have legal protections for older people who may be at risk of harm or abuse.

Speaking at the launch of the report in the Stormont Hotel, Claire Keatinge said:

"Abuse of older people is universally condemned in our society. It causes fear and distress to all older people who are at risk, or those who have experienced, abuse or harm.

"Abuse against an older person can take many forms, such as physical, emotional, sexual and financial, as well as through neglect, and the impact of abuse can have devastating consequences for the victim.

"Sadly, thousands of older people in Northern Ireland are being abused every year, often by someone with whom they have a relationship of trust, and the number of reports of abuse is increasing at an alarming rate.

"Older people deserve to have confidence that if they experience abuse, or are at risk of abuse, that the law can adequately protect them, and punish those who carry out abuse.

"As it stands, there is no single piece of legislation that protects older people in Northern Ireland from abuse. This means that people who may be vulnerable or "at risk" of abuse are not afforded the same legal protection as their counterparts in England, Scotland and Wales, all of which have dedicated laws in place to protect all older people from abuse.

"I am calling on the Executive to bring forward legislation which will protect all older people from abuse. My report recommends that the legislation should include a clear definition of what abuse is, who is at risk, as well as clearly outlining the responsibilities of those who work with older people. I have advised both the Minister of Health and Minister of Justice of the need to include these key areas in any legislation going forward.

"It is essential that older people can be assured that they are protected from different forms of abuse, and I believe that the introduction of a single Adult Safeguarding Bill would offer the most robust protections, along with an assurance that the rights of the older person are not infringed."

Also speaking at the event was Professor John Williams, a leading expert in adult safeguarding in Wales. Professor Williams said; "Currently only limited powers are available to practitioners to safeguard abused older people. Abusers think they are free to continue the abuse because nothing is done. This is unacceptable. New laws are required to allow, in exceptional cases, intervention designed to protect. Such laws must achieve a careful balance between the older person's right to be safe and their right to make their own decisions. The Commissioner's proposals recognise the contribution that carefully drafted powers to intervene will make to the eradication of elder abuse."

The Minister of Health, Social Services and Public Safety, Edwin Poots, who was speaking at the event, said; "I am committed to improving safeguards for all adults at risk, including older people. We are continuing to implement the Safeguarding Vulnerable Groups (NI) Order, which aims to strengthen safeguards for adults at risk in workplace situations, through the creation of duties to check individuals working or volunteering with them. Under the Order, it is an offence to work if included in a barred list or to offer work to a barred person.

"Also, jointly with the Department of Justice, we are also developing an adult safeguarding policy, which we will consult publicly on later this year. We intend to seek views on whether the policy will need to be underpinned by legislation and, for that reason, the Commissioner's report is very timely."

The Minister of Justice, David Ford, said: "I will be studying the report with interest. We already have a number of measures in place to protect older people from abuse and are planning to enhance further the support available to them. This includes work underway through the five-year victim and witness strategy, such as the appointment of Registered Intermediaries to help those with communication difficulties to give evidence to the police and at court. A new Victim Charter will also set out clearly the entitlements of all victims of crime as they move through the criminal justice system."