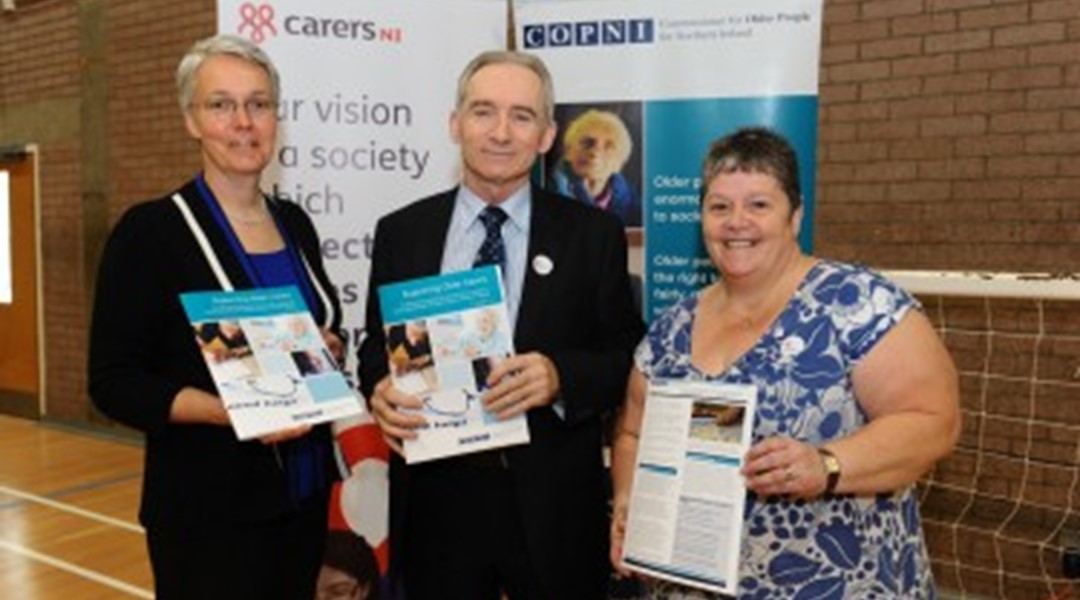 The Commissioner for Older People has said that more needs to be done to support older carers after research she published revealed that 70% of older carers have not undergone a Carers Assessment because many do not identify themselves as carers.

The Commissioner’s report, entitled “Supporting Older Carers,” examines the reasons for low uptake of Carers Assessments by older carers in Northern Ireland, and highlights the need for government to do more to ensure their needs are assessed and met to help them in their caring role.
Speaking on Carers Rights Day, the Commissioner said;
“Northern Ireland is an ageing society and as many older people choose to live in their own homes for longer, the number of older carers is expected to increase.  Older carers play a vital role in supporting thousands of others to live dignified and fulfilled lives in their own homes, and despite providing around £1.02 billion per year to the economy in Northern Ireland through caring, many go without much needed support and respite which would help them in their caring role.
“The findings of my report have shown that many older carers do not consider themselves to be carers, and so do not realise that there is support available to help them. More awareness is needed to help identify “hidden” carers and ensure that they are receiving the necessary support.
“Health and Social Care Trusts are legally obliged to make sure that carers are aware of their right to a Carers Assessment, however my report shows that 70% of older carers state that they had not been offered an assessment.
“I have called on the Minister of Health, Social Services and Public Safety to put targets in place to increase the number of older carers receiving a Carers Assessment and to ensure that appropriate services are in place to support their needs.
“Older carers play an invaluable role and cannot be taken for granted; they deserve to be provided with the information, practical, emotional and respite support they need. Increasing uptake of Carers Assessments will help identify the needs of older carers to and ensure that appropriate services are in place to meet their needs.”