Older people in Northern Ireland set to contribute £24.7 billion to economy over the next 50 years 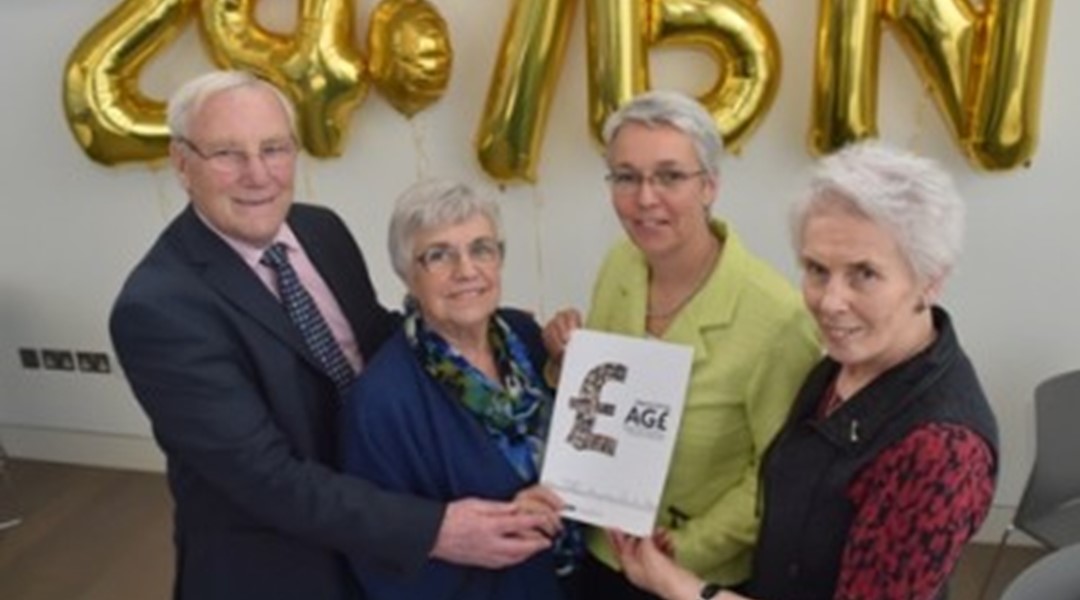 The Commissioner for Older People, Claire Keatinge, has launched a major report on the UN International Day of Older Persons which reveals that the over 60s in Northern Ireland will contribute almost £25 billion to the economy over the next 50 years through volunteering, caring, childcare, replacement parenting and working.

The report, entitled Appreciating Age, attaches an economic value to contributions made by older people to highlight the positive roles they play across Northern Ireland. The report also considers the cost of older age-related spending, and subtracts these costs from the total contributions so as to give a true reflection of the net economic value older people bring to society.

"Northern Ireland is a better and richer place because more of us our living longer and healthier lives than ever before.

"Appreciating Age challenges the negative perception that older people are a drain on the public purse as it clearly shows that the over 60s put much more into society, both in economic and social terms, than they take out, to the tune of almost £25 billion.

"But this report is not just about older people; those who are 20, 30 and 40 today are the older people of tomorrow, and they will contribute in many different ways over the next 50 years. It is in all our interests to change the way wider society perceive older age.

"It is time that we reframe the debate and ensure that the contributions of older people are properly valued, and that we invest resource, time and effort into making Northern Ireland a great place to grow older."

""Good economics is about knowing the true value of anything. This involves not just looking myopically at cost - but rather exploring the amount by which benefits exceed cost. This latest report by the Commissioner's Office shines a bright light on the true value of older people to both our economy and NI society as a whole. By providing a greater understanding of the direct and indirect benefits of older people this report both progresses us socially and provides older people with recognition for their extensive economic contribution."

"As this report shows, we all gain from the contribution of older people to society. Too often the discussion focuses on the costs related to an ageing population. However, older people have extensive life experience and skills to share, and the Executive is committed to creating a society which values and supports older people to live actively to their fullest potential."

"I welcome the publication this report which clearly demonstrates the positive contributions older people continue to make to life in Northern Ireland. The Executive's Active Ageing Strategy aims to lay the building blocks for the future generation of older people to age with respect, dignity, choice and good health. It is critical that we recognise our debt to older people and encourage everyone to challenge ageism and fully appreciate the vast contribution older people make, socially and economically, to make Northern Ireland a better place."