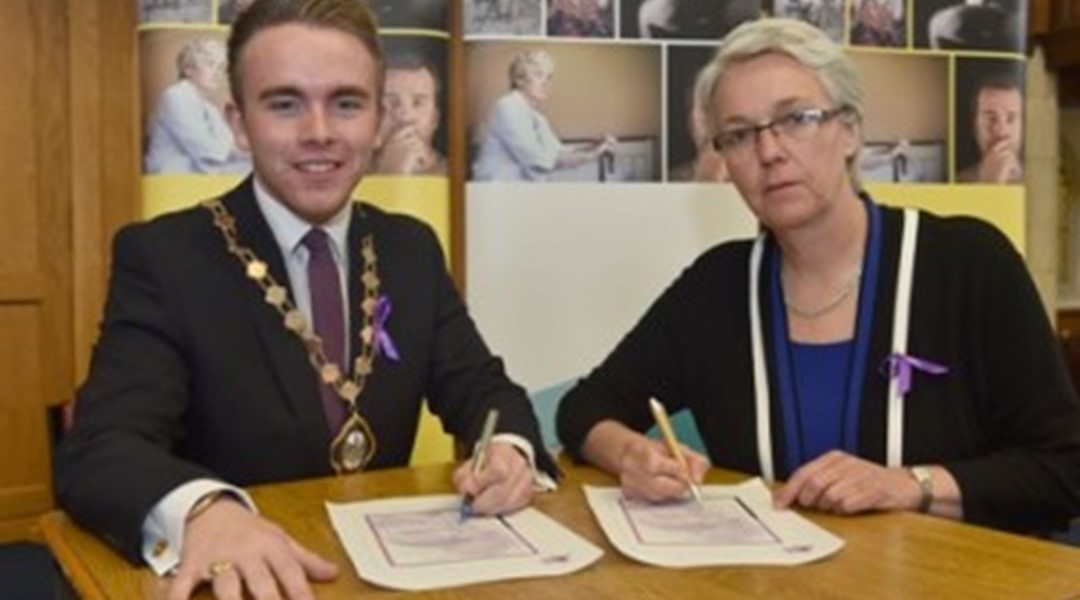 At the event, Belfast City Council signed up to prevent Elder Abuse by increasing public awareness of the problem and encouraging anyone aware of where it is occurring to report it to the relevant authorities.

The International Network for the Prevention of Elder Abuse Declaration says eliminating financial, emotional or physical abuse is a community responsibility.

“The incidence of allegations of abuse against older people is growing in Northern Ireland, with an increase of 90% in the number of allegations of abuse recorded over the past four years. Many people will be shocked to hear that older people in Northern Ireland do not have the same level of protection in law as those in England, Scotland and Wales.

“Last year I advised the Minister of Health on the need to introduce a law to protect older people from abuse. This has been fully endorsed by the NI Assembly which shows wide political support for the introduction of legislation, and I commend Belfast City Council for signing up to the International Network for the Prevention of Elder Abuse Declaration.

“Older people in Northern Ireland deserve to have confidence that if they experience abuse, or are at risk of abuse, that the law can adequately protect them, and punish those who carry out abuse. They don’t have time to wait; older people are being abused today, and the longer new legislation is delayed, older people remain at risk of abuse.

Alderman Spence said:"Belfast's seniors are valued members of society and it is our collective responsibility to ensure they live safely and with dignity.

"Abuse of older people is a tragedy inflicted on vulnerable seniors and an ever-increasing problem in today's society that crosses all socio-economic boundaries. We are all responsible for building safer communities for Belfast's seniors.

"Combating abuse of older people will help improve the quality of life for all seniors and will allow them to continue to live as independently as possible and contribute to the life and vibrancy of Belfast," added the Alderman.

The Age-friendly Belfast Plan 2014-2015, which was launched last year, recognises the challenges of an ageing population and includes a number of actions to encourage active ageing, and support the needs of older people. The signing of the Declaration on Elder Abuse is another element of that work.