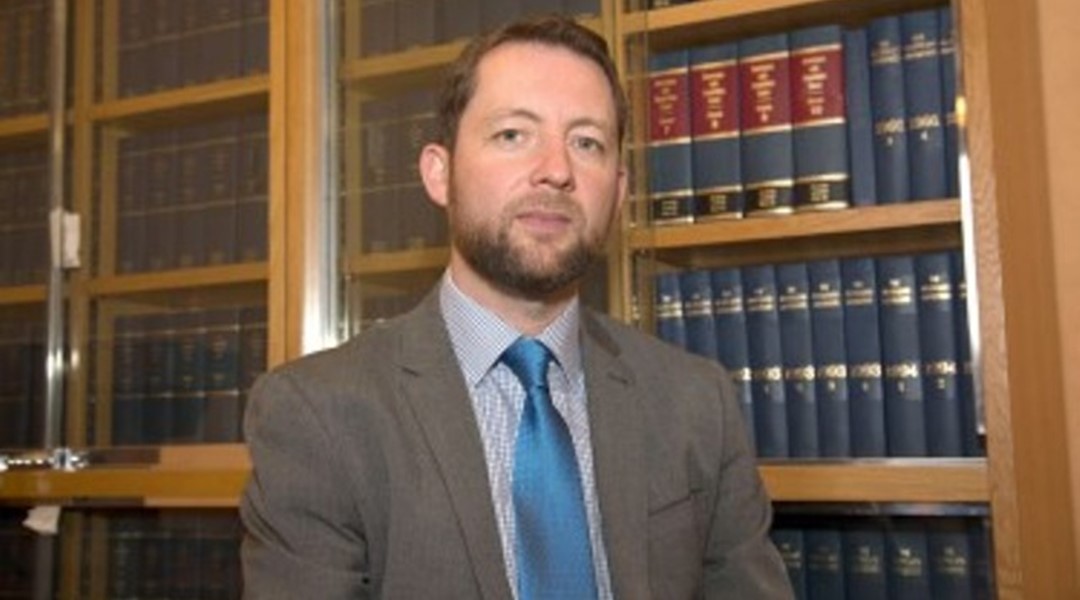 Following family members and former employees raising serious concerns about the standards of care and safety of residents living with dementia in Dunmurry Manor Care Home, the Commissioner for Older People for Northern Ireland has announced a formal investigation.

Speaking about the investigation, the Commissioner for Older People for Northern Ireland, Eddie Lynch said;

"Family members have made complaints to me about the care that their relatives received in Dunmurry manor. I have also heard from former employees that the care and protection of older people in the home was below acceptable standards and in some cases, caused harm to frail older people."

Since opening in 2014, the care home has received a number of notifications from the Regulation and Quality Improvement Authority (RQIA) and the Health and Social Care Trusts about inadequate standards of care. At the end of January 2017 compliance had still not been achieved and the home is now formally closed to new admissions. In addition, further conditions for its ongoing operation have been applied.

The Commissioner for Older People for Northern Ireland continued;
"I am deeply concerned about allegations of serious failures of care at Dunmurry Manor and this has led me to carry out a full investigation under my legal powers. Health authorities have been monitoring this care home and raising concerns since it opened in 2014. More than two years later older people are living in a home that is failing to comply with minimum standards of care.

"My investigation will examine the care, treatment and experience of older people living in Dunmurry Manor Care Home from the period prior to the home's opening in 2014 until the present day. It will also include an examination of the actions of all those responsible for the commissioning, provision, monitoring and regulation of the care services provided at the care home during this time.

"I am aware of some excellent care in nursing homes across Northern Ireland and I don't want to cause unnecessary alarm to older people and their families. However, when I detect that there are areas of serious concern in terms of care for older people, I must act immediately and ensure that older people are protected from harm."

The investigation is expected to take three to four months to complete. To ensure that it is as thorough and independent as possible, expert advisors in nursing care, safeguarding and human rights and the commissioning, regulation and inspection of care have been appointed. This expert panel will provide scrutiny, advice and guidance throughout the investigation. The Commissioner will not make comment during the investigation and a report into the findings with recommendations is expected to be released in June.

The Commissioner would like to hear from past and present residents, family members, volunteers and staff of Dunmurry Manor during the investigation. Please contact 028 9089 0892 or email info@copni.org if you would like to share any experience of the care home.

The Commissioner for Older People for Northern Ireland has appointed the following experts to provide independent expert advice and guidance during the investigation:

Eleanor Hayes is a former Executive Director of Nursing in the Belfast City Hospital and Green Park Healthcare Trusts with over 40 years experience working within health and social care in Northern Ireland. She is a Registered General Nurse and has a MSc in Health and Social Care Management.

In 2007 Eleanor established Hayes Healthcare Consulting as an independent consultant and has been working since then within the public, private and  voluntary sectors across Ireland. Her main focus of work has been in conducting service reviews, investigating serious adverse advents and advising organisations in relation to their corporate governance activities. She was a member of the  Public Inquiry panel which reported on the C. Difficile outbreak in the N.H.S.C.T. in 2008. In 2014 she was a member of the review panel which reviewed the actions taken in relation to concerns raised about the care delivered at Cherry Tree House, Carrickfergus.

John Williams is a Professor of Law at Aberystwyth University.  He is the author of many papers on the rights of older prisoners, social care of older prisoners, the case for a public law on the protection of adults at risk, care home design and human rights, and international human rights and older people.  He is the author of Protection of older people in Wales: a guide to the Law, published by the Older People’s Commissioner for Wales.  He has presented papers at conferences including the American Bar Association, the British Psychological Society, the International Association of Law and Mental Health, the Irish-Scottish Forum, Action on Elder Abuse and the International Congress of Psychology and Law.  He is a regular presenter at Harvard Medical School’s Program in Psychiatry and the Law.  In 2012, he was appointed to the United Nations Panel of experts advising on international human rights and older people. He regularly advises the Older People’s Commissioner for Wales on the rights of older people.  John is one of the co-chairs of the Domestic Homicide Review Panels in Ceredigion and Pembrokeshire. John has been a trustee of Age UK and Age Scotland.  He advised the National Assembly for Wales and the Welsh Government on the Social Services and Well-being (Wales) Act 2014.

Recently retired from the Scottish Care Inspectorate (May 2016) where he had worked for 3 years. Robert was the Director of Inspection and latterly the Executive Adviser to the Board of the Inspectorate.

A social worker for over 30 years Robert’s main career was in Local Government in the Tayside area of Scotland. He became Director of Social Work and Health with Angus Council in 2003 and from 2006 was also the Depute Chief Executive of the Council, a role he fulfilled alongside his duties as Director of Social Work and Health. Robert left Angus Council in 2013 at a point when the Council was undertaking a major reorganisation.

Robert was appointed as a Non Executive Member of NHS Tayside Board and took up this position on 1st January 2017. This is a 4 year appointment.

Why is the Commissioner investigating Dunmurry Manor?

COPNI has been contacted by a number of family members and former staff raising concerns about Dunmurry Manor and the Commissioner for Older People for Northern Ireland has been asked to act on their behalf. Dunmurry Manor has also received a number of notifications that the standards of care have been inadequate from the Regulation and Quality Improvement Authority (RQIA) and the Health and Social Care Trusts.

In October 2016, the South Eastern Health and Social Care Trust announced an investigation into all safeguarding incidents in the home. COPNI’s Chief Executive also attended a public meeting at this time and heard from past and present relatives and staff about their concerns.

By the end of January 2017 compliance with the required standards of care had still not been achieved and the home has remained formally closed to new admissions. In addition, further conditions for its ongoing operation have been applied.

The Commissioner for Older People for Northern Ireland has a duty to ensure that services provided to older people by "relevant authorities", which includes care homes where Trusts have placed older people, are both adequate and effective. It is also the Commissioner’s duty to review the effectiveness of the law affecting older people and to ensure the laws which hold care providers to account are strong enough.

The Regulation and Quality Improvement Authority (RQIA) is the independent body responsible for monitoring and inspecting the quality of health and social care services in Northern Ireland, including care homes, and encouraging improvements in the quality of those services.

Who is being investigated?

The Commissioner is conducting an investigation into the care, treatment and experience of older people living in Dunmurry Manor Care Home from the period prior to the home’s opening in 2014 until the present day. It will also include an examination of the actions of all those responsible for the commissioning, provision, monitoring and regulation of the care services provided at the care home during this time.

How far back are you investigating?

When will the investigation end?

What about ongoing safeguarding investigations?

The South Eastern Health and Social Care Trust (SEHSCT) is currently conducting their own review of Safeguarding referrals / issues within Dunmurry Manor. The COPNI investigation is independent of and much broader in remit than the SEHSCT Review.

I have a relative/friend currently in Dunmurry Manor – are they safe?

If you are concerned about a friend or relative please call the Health and Social Care Trust responsible for your relative’s care to seek assurance from them that your loved one is safe.

Who will be invited to give evidence?

Representatives from the Relevant Authorities (including past and present managers, nurses, social workers, volunteers, allied healthcare professionals, social care workers and ancillary staff) will be invited to give evidence as part of the investigation, along with past and present residents, family members or next of kin.

The Commissioner has the right to refuse to take evidence from those not directly impacted by the care provision in Dunmurry Manor.

My relative has passed away. Can I still bring information to the investigation?

Can I decline/refuse to take part?

The Commissioner has the legal powers to compel relevant authorities to take part in the investigation. However, residents and family members do not have to take part if they do not wish to do so.

Can I still get updates if I don’t want to be involved?

Can I give COPNI any relevant documentation including papers or photographs that I hold?

Yes. The investigation team will accept all examples of evidence and will assess each on a case by case basis.

What if there is a difference of opinion between family members regarding care of an older relative?

The investigation team will consider evidence from all family members regarding the care of an older relative and ensure they do so in a measured and balanced manner.

I have information on a different care home – can this be considered as part of the investigation into Dunmurry Manor?

Yes you can bring a complaint to us. The Commissioner can only accept evidence on Dunmurry Manor as part of this investigation. If you have a complaint about another home, this will be handled as part of our usual casework. Please contact COPNI on 028 9089 0892 if you wish to discuss concerns or issues you have in confidence.

How can I contribute to the investigation?

To arrange a meeting with an investigator, please contact Marie Mullan at marie.mullan@COPNI.org or 028 90890 884.