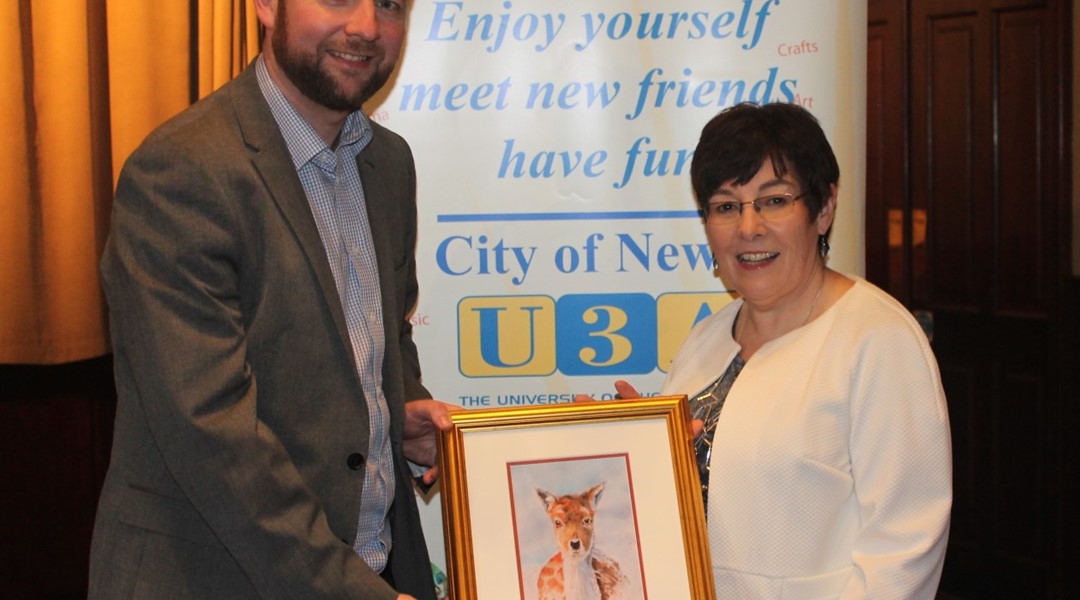 Mary and Jane were two of the many people who responded to the call for older artists and poets across Northern Ireland to submit designs and verses for COPNI's annual Christmas card which was distributed to hundreds of people across Northern Ireland. Many excellent pieces of work were submitted and the decision to choose just one design and poem was difficult.

Eddie Lynch, The Commissioner for Older People for Northern Ireland said: "Older people make many vibrant, positive contributions to all aspects of society including the arts. This is why it's so important to celebrate the work of local, older artists and writers.

"I would like to thank all those who took the time to send in their work, and congratulate Mary and Jane on the beautiful piece of art and poem which were chosen to be turned into my Christmas card."

Mary Cunningham, Chair of U3A Newry said: 'I am delighted that a member of our U3A in Newry has been chosen as the winner of the Commissioner's competition.'