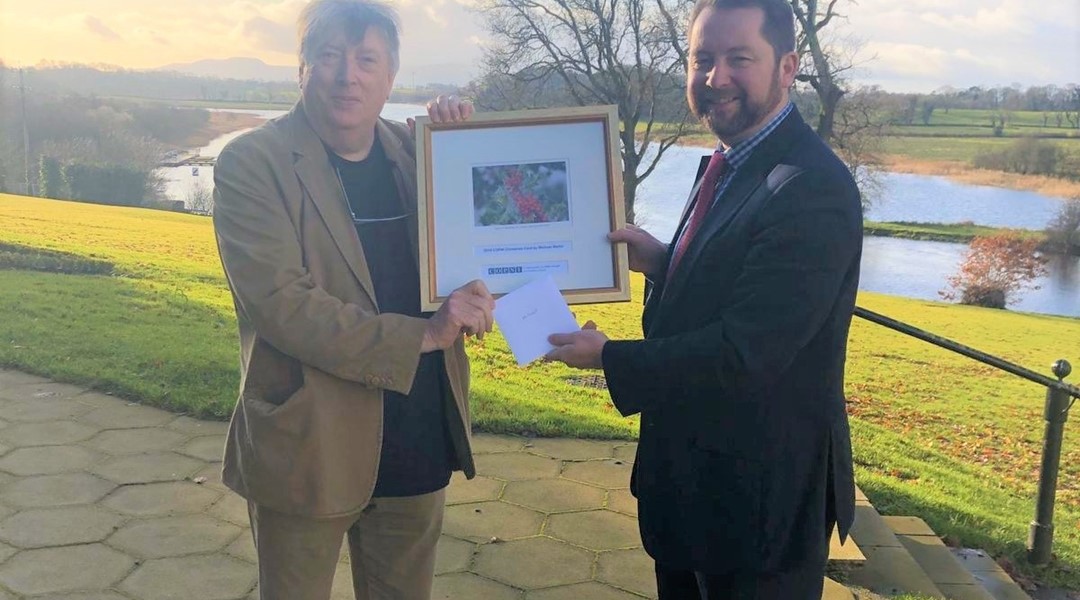 A man from Enniskillen in County Fermanagh, has won the Commissioner for Older People’s annual Christmas photography competition.

Michael Martin’s festive close up picture of wild holly entangled with spider web and droplets of morning dew, beat off 32 other entrants from across Northern Ireland to be selected to feature on COPNI’s 2019 Christmas card. 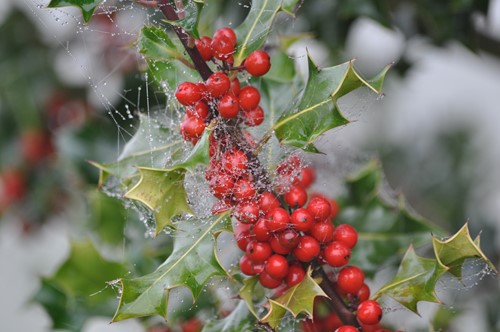 The Commissioner for Older People, Eddie Lynch presented Michael with his prize which included a framed Christmas card and a £100 supermarket voucher.  Michael was one of over 30 people who submitted entries into this year’s competition which carried the theme of Northern Ireland: A Natural Beauty.

The Commissioner for Older People, Eddie Lynch said, “I’m delighted to announce Michael Martin as this year’s winner. The selection process wasn’t easy due to the high number of fantastic submissions we received. Ultimately, Michael’s picture stood out due to its quality and it also really encapsulated the theme of ‘a natural beauty’.

“I’m thrilled at the enthusiasm shown by older people in relation to this year’s competition. This year we had more entrants than ever before and the theme resulted in us receiving many outstanding photos from across Northern Ireland. Therefore, I’ve decided to use some of the other submissions to compile a 2020 calendar. I’d like to thank all those that took the time to enter into our competition.” 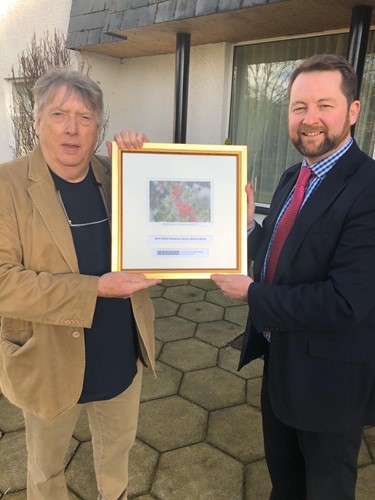 Pic caption:  The Commissioner for Older People, Eddie Lynch, is pictured presenting Michael Martin, winner of the COPNI Christmas photography competition 2019 with his prize at the Killyhevlin Hotel, Co. Fermanagh.