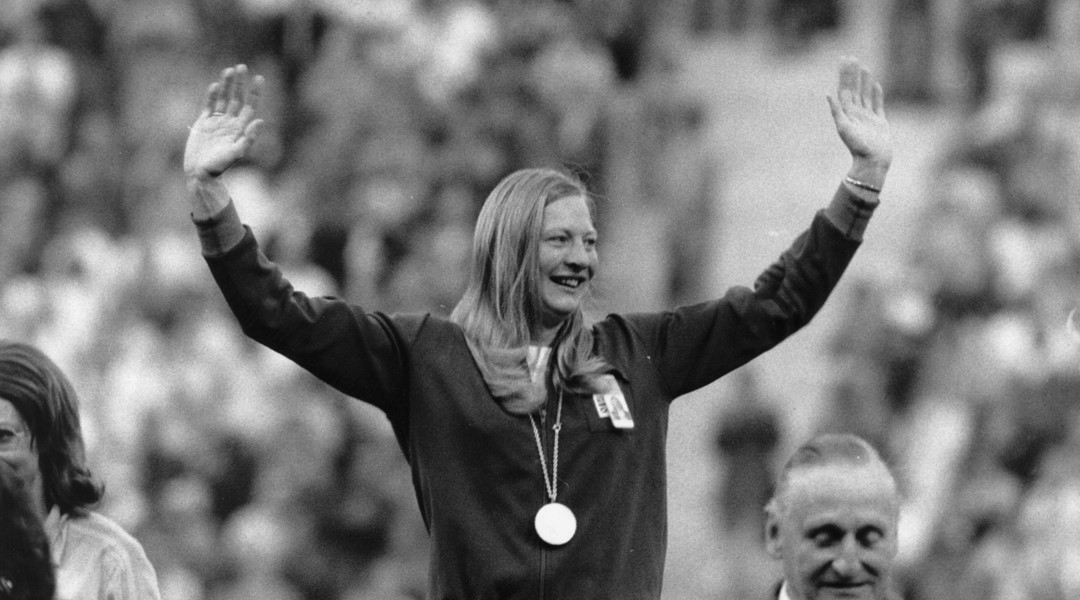 Lady Mary Peters is 80 years old, we spoke to her ahead of International Day of Older Persons to get her take on life as an older person.

What are your thoughts on getting older?  Do you have a positive attitude about growing older?

Absolutely! I am happy that every day is good and I really try to make every day special. I have a full diary and I keep myself busy.  Unfortunately I ruptured my achilles heel as I was running in the garden a few weeks ago, but usually I would walk 3-4 miles every day.  Nearly every day.

I feel positive about getting older because, well there’s nothing you can do about it – it just creeps up on you.   It is just progression of life isn’t it?  Without a doubt though the hardest thing about getting older is continually losing friends.  A very close friend of mine was buried a few weeks ago and another close friend isn’t very well at the moment too and that is hard to cope with.

In 1973 I was invited to speak at the Woman of the Year luncheon which is held in London every year.  I felt very nervous about it and wasn’t going to do it.  I remember I said this to Peggy Aiken, who was a member of the club, she was also the first female barrister in Northern Ireland.  I told her I had the invitation and I wasn’t going to do it and she said ‘You absolutely will do it.  You can do it.” I’m so grateful to her as I’ve not said “I can’t” ever since.  So yes she was a big inspiration.

Do you think younger people’s attitudes toward older people have changed since you were young?

Yes, I really do.  My mum always taught us to respect older people and I can remember mum stopping in the road to talk to someone and she would always nudge my brother to take his cap off to show respect.  Back then people would have stood up to give you a seat too. I know some still do but I don’t think it’s as common.  When I’m out walking I notice a lot that young people who are in a group rarely move out of the way.  It’s just the way of society I think.  I’m saddened by it because I think it’s nice to show respect for older people.  Because I ruptured my Achilles, I was travelling to London in a wheelchair recently, whilst the staff in the airport were fantastic, kind and respectful, the number of people who walked into my wheelchair because they were looking at their phone was remarkable.  I was astonished, it was like I was invisible.

What is the best thing about getting older?

Oh that would have to be the free bus pass and free TV licence – even though the TV licence is only going to be for another little while!   Also, having time to do things of your own choice.  When you’re working there is less time to see friends or read a book or do gardening.  I love having the time to make a choice.

What advice would you give to your younger self?

Be patient.  I’m always in a hurry and wanting things done yesterday.

What advice would you give to younger people today?

Put down your phone and listen to conversation.  When I take the bus, everyone is on their smartphone – I have a nokia phone and I use it for travelling which is useful, but I don’t feel the need to always be on it and to be talking to someone.  It is an obsession.  Even little children are on smartphones.

What in your opinion was the best decade? Why?

The 70s for me because of my success at the Olympics.  I was 33 and it just opened up so many doors for me.  Life completely changed after that.

Obviously my Olympic success comes to mind and as I say, that opened doors but honestly my proudest achievement came this year when I was honoured by Her Majesty The Queen and became Lady Companion of the Order of the Garter.  There are only 23 of us in the whole of the UK and to be one of three women to be given that honour is amazing.  I pinch myself every day. 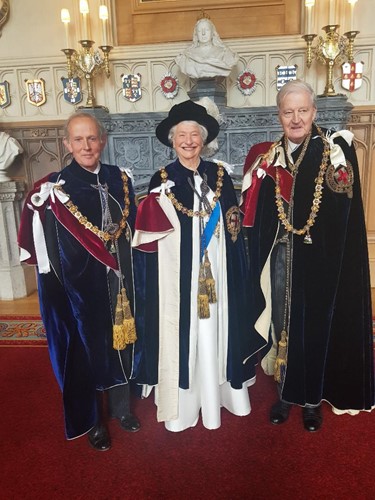 What would you say are the most difficult and most rewarding things about growing older?

The most difficult would be health issues.  I had open heart surgery last October but thankfully I recovered well and have been given an extra ten years thanks to that - unless something else happens of course.

Loneliness can be a difficult issue as you get older and because I’m on my own things can grow in magnitude and I am wary of that.  You know cold calling aggravates me so much.  I get these calls often and they tell me my insurance on my washing machine has run out or something else similar and I can imagine that lonely elderly people welcome these calls, because it’s a voice and someone to talk to.

I think everybody should take time for somebody who is older even if it’s only five minutes a day.  Esther Rantzen started the Silver Line (a free 24 hour confidential helpline for older people) which is a great idea.

The most rewarding thing about getting older is using the knowledge I have gained over the years to help others.  For example, I just proofread a book coming out in October to inspire the next generation of women to take up sport. Knowing that at this age I’m still able to play a part in inspiring women to take up sport is so rewarding.

What is the biggest misconception about getting older?

Probably people thinking you’re past it or that we don’t have a worthwhile opinion.  That simply isn’t true, older people have a lot to give.

Do you think International Day of Older People is a good idea/should be celebrated more?

I hadn’t heard of it before but I think it’s a great idea. I think we should honour and celebrate older people.  Older people are very often grandparents who are making a big contribution by looking after grandchildren as well as volunteering.  They have a story to tell and I think very often for people who served during wars they never talked about it because it was depressing but it’s so important that those stories are told and that the younger generation know about those hard times.  I think older people deserve to be honoured simply for remaining in this life!

No regrets! None at all!