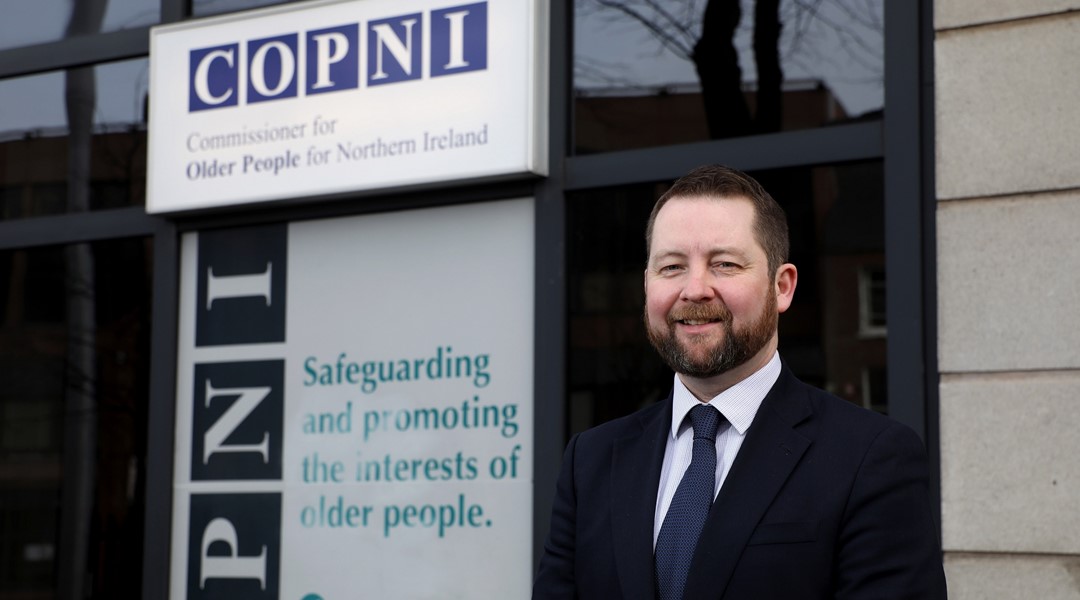 The First Minister Arlene Foster and deputy First Minister Michelle O’Neill have confirmed that Eddie Lynch will continue his role as Commissioner for Older People for Northern Ireland for a further four year term. The Armagh City native was appointed as the Commissioner for Older People in June 2016 and his second term will commence on 13 June 2020.

Speaking about his reappointment, Eddie Lynch said: “I’m honoured to have been appointed to a second term in my role as Commissioner for Older People for Northern Ireland. It has been an honour and a privilege to work with older people across Northern Ireland, listening to their concerns, celebrating their contributions to society and advocating on their behalf.

“I have had the pleasure of meeting tens of thousands of older people across every corner of Northern Ireland over the past four years. Their support, views and advice have been a constant source of support and inspiration to me and has helped me speak up on a range of issues on their behalf.

“I am also incredibly grateful for the fantastic support from all my staff. We are a small organisation dealing with many big issues and their commitment and dedication has been second to none.”

During his first term, the Commissioner has dealt with a wide range of issues on behalf of older people. He has provided advice to government on the prevalence of financial abuse and on the impact of scams on older people. He also co-founded the ScamwiseNI partnership with PSNI which has drawn together a wide range of authorities who actively work to raise awareness of scams in society and provide advice on how people can prevent themselves from becoming a victim of them.

The Commissioner also launched an investigation into the care and treatment of older people in Dunmurry Manor Care Home in early 2017. This led to the publication of the Home Truths report which revealed evidence of widespread inhuman and degrading treatment of residents and led to 59 recommendations to seven relevant authorities to make systemic changes to the management, regulation and operation of care homes in Northern Ireland.

Since the outbreak of Covid-19 the Commissioner has been working tirelessly to draw attention to the need to protect and shield older people in the community and in care settings from contracting the virus.  He is now calling for the introduction of a rolling universal testing programme for all residents and staff in care homes to help them do everything possible to prevent the introduction and spread of coronavirus infection.

The Commissioner continued: “These are very difficult times for everyone but particularly for older people who are most at risk when it comes to Covid-19 and therefore I will continue to use my powers and duties to advocate for vulnerable older people in our community.”

Evelyn Hoy, the Chief Executive for the Commissioner for Older People for Northern Ireland offered her sincere congratulations to the Commissioner. She said: “The whole team in COPNI has enjoyed working with Eddie as Commissioner. From the outset he has been passionate about using all the powers and duties available to him to make life better for older people. We all look forward to a further four years working for all the older people of Northern Ireland with Eddie at the helm.”

The Commissioner said, “Going forward, my main priority will be to do everything in my power as Commissioner to protect older people during this worrying time. I have no doubt, by working together we will come through this terrible time and create a better society for older people in the future.

“I want to take this opportunity to thank the First and deputy First Ministers for reappointing me to this important role.  I look forward to working closely with them and the authorities over the next four years to ensure the voices of older people continue to be heard and acted upon."

The full announcement from the First and deputy First Ministers is available at https://www.executiveoffice-ni.gov.uk/news/reappointment-commissioner-older-people-northern-ireland