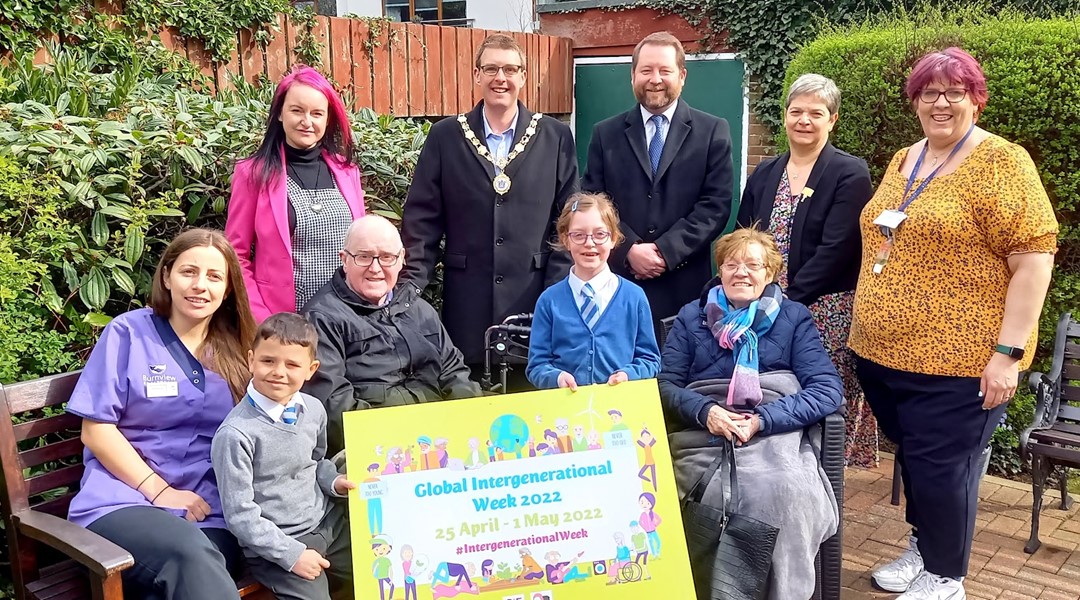 The Commissioner for older people attended the launch of this year’s Global Intergenerational Week 2022, alongside residents from Bryansburn Care Home, pupils from St Comgall’s primary school, the Children and Young Person’s Commissioner Koulla Yiasouma and deputy Mayor of Ards and North Down, Councillor Robert Adair.

Intergenerational Week which runs from 25 April – 1 May 2022, aims to inspire individuals, groups and organisations to embrace intergenerational practice, connecting people of all ages, especially the younger and older generations.

“This week celebrates the role of older people in our communities and the positive contribution they make with the younger generation when they are given the opportunity to be involved and encouraged to do so.  The intergenerational benefits experienced by older people, and those they connect with, have been well documented.  These vital connections all play a part in increasing a sense of well-being which cannot be underestimated”.

For more information on how you can get involved in Intergenerational Week, visit www.linkinggenerationsni.com