Commissioner joins round-table discussion with Minister for Energy and Climate 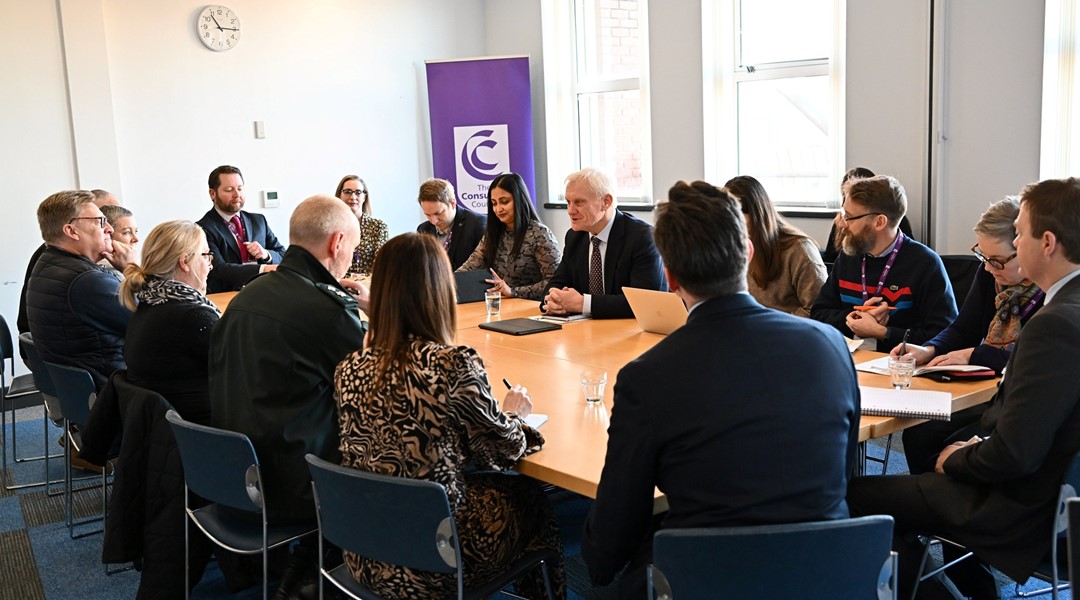 20 January 2023, The Commissioner joined with representatives from advice organisations across Northern Ireland and Graham Stuart, MP, Minister for Energy and Climate to discuss the roll out of £600 Energy Bill Support Scheme.

Hosted by The Consumer Council NI, the meeting was an opportunity for organisations to raise questions about the scheme. Questions were addressed by Graham Stuart MP, Minister of State in the Department for Business, Energy and Industrial Strategy (BEIS), who are responsible for the implementation of the Energy Bill Support Scheme in Northern Ireland.